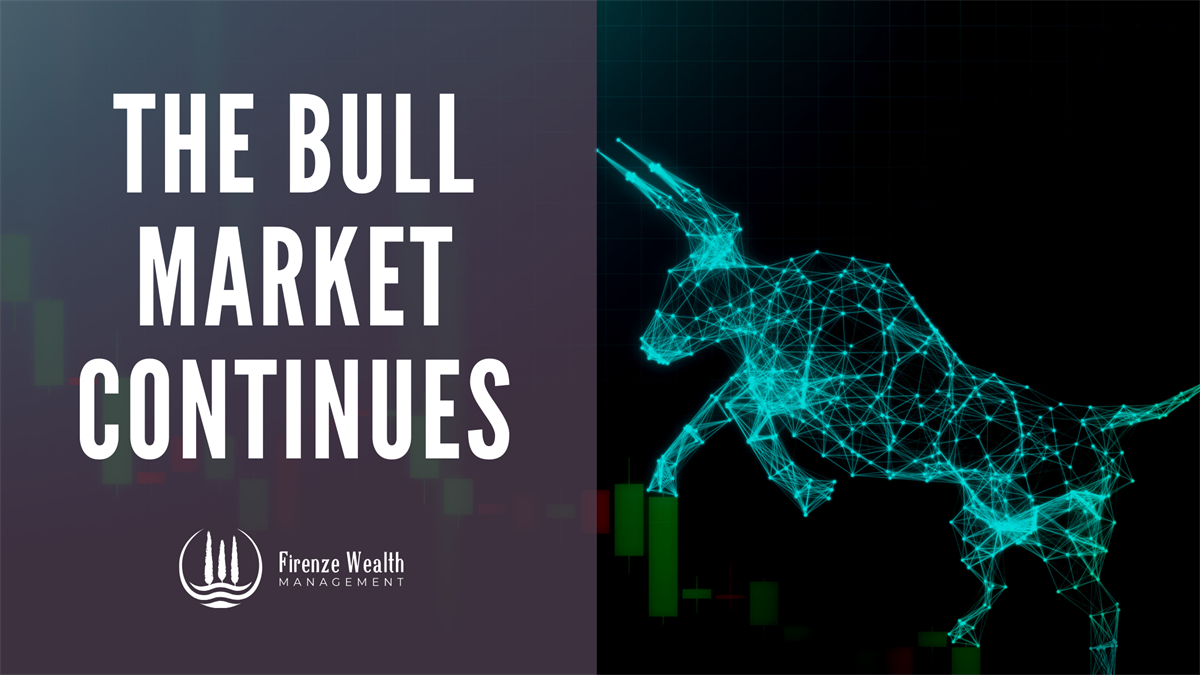 The bull market continues, with the S&P 500 Index now up seven months in a row. Stocks have impressively gained 20% year-to-date, with the S&P 500 making 53 new all-time highs before the end of August—another new record. All of this has happened with very little volatility, as the S&P 500 hasn’t had so much as a 5% pullback since last October.

We came into this year expecting a stronger economy and robust stock market, but even we are surprised at just how resilient things have been. Earnings help drive long-term stock gains, and what we’ve seen from earnings so far in 2021 is a big reason stock returns have been so impressive. A record-breaking second quarter earnings season saw more than 86% of S&P 500 companies beat their consensus earnings estimates, the highest ever recorded and well above the 75% five-year average. S&P 500 earnings are now 26% above pre-COVID-19 levels based on the 2021 consensus estimate, helping to justify stocks at current levels.

Another reason stocks have been so strong is Federal Reserve (Fed) monetary policies. The Fed is expected to begin to taper its monthly bond purchases (currently $120 billion), but it appears to be committed to leaving rates low for the foreseeable future. The Fed likely won’t consider increasing rates until the employment picture improves significantly, and it will be leery of quickly removing stimulus after the deepest recession of our lifetimes, especially if COVID-19 is still influencing behavior. We believe this historic Fed accommodation will continue to be a tailwind for equities.

Worries are adding up though, even as stocks hit new highs. Supply chain disruptions are contributing to higher input prices in select industries. There are concerns about the future of Afghanistan. The highly contagious Delta variant has nearly 100,000 Americans nationwide currently hospitalized. And, China’s regulatory crackdowns could lead to further bouts of volatility. As a result, domestic consumer confidence has taken a hit recently, which could lead to a weaker-than-expected third quarter for the U.S. economy. However, if Delta concerns ease, any consumption that is lost in the third quarter will likely be made up in the fourth quarter.

Looking ahead to the final four months of the year, we remain positive on stocks and the U.S. economy. However, stocks haven’t pulled back 5% for nearly a year, and we believe investors should be on alert for potential seasonal volatility, aiming to use it as an opportunity when stocks go on sale. They say the stock market is the only place where everyone runs out of the store screaming when things go on sale. It’s good to have a plan in place when that sale comes along.